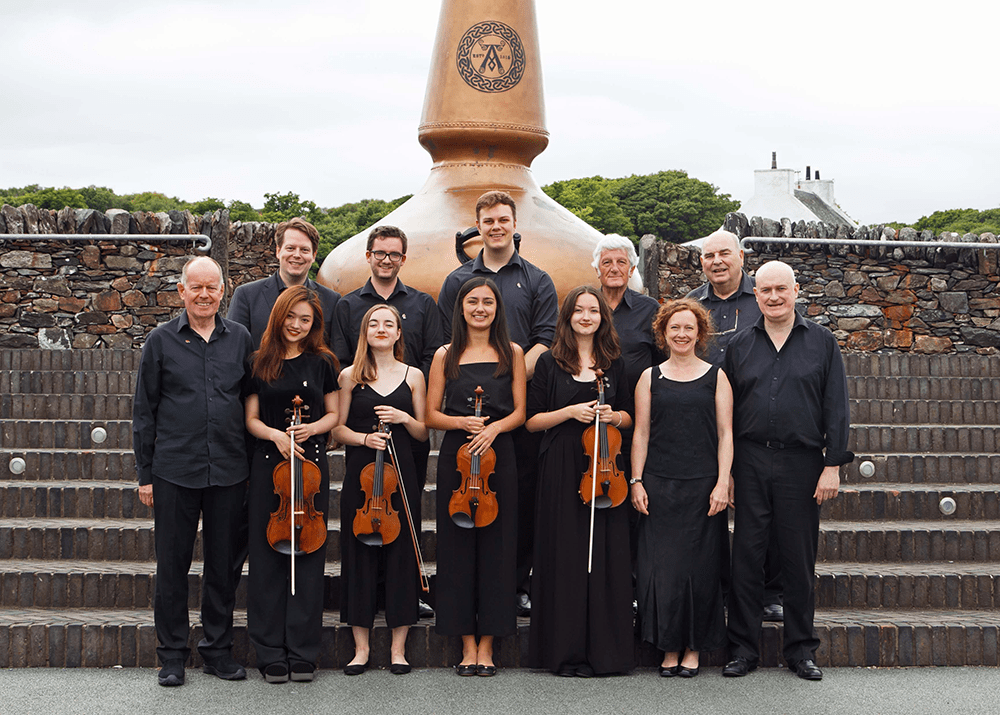 Cantilena consists of six professional players, and every year we invite selected students from the Royal Conservatoire of Scotland, some of who will be experiencing for the first time the concentration and sustained demand for excellence that is required for a week of great music. 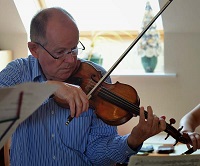 Angus Ramsay studied under the celebrated violinist Max Rostal at the Music Conservatoire in Bern, Switzerland. Throughout the last 35 years, he has performed both as a soloist and as part of many of the most respected and well-known orchestras and chamber music groups in the UK and Europe. He is Artistic Director of The Music Parlour, teaches extensively throughout Scotland and has also spent his career as a principal player in the orchestra of Scottish Opera. 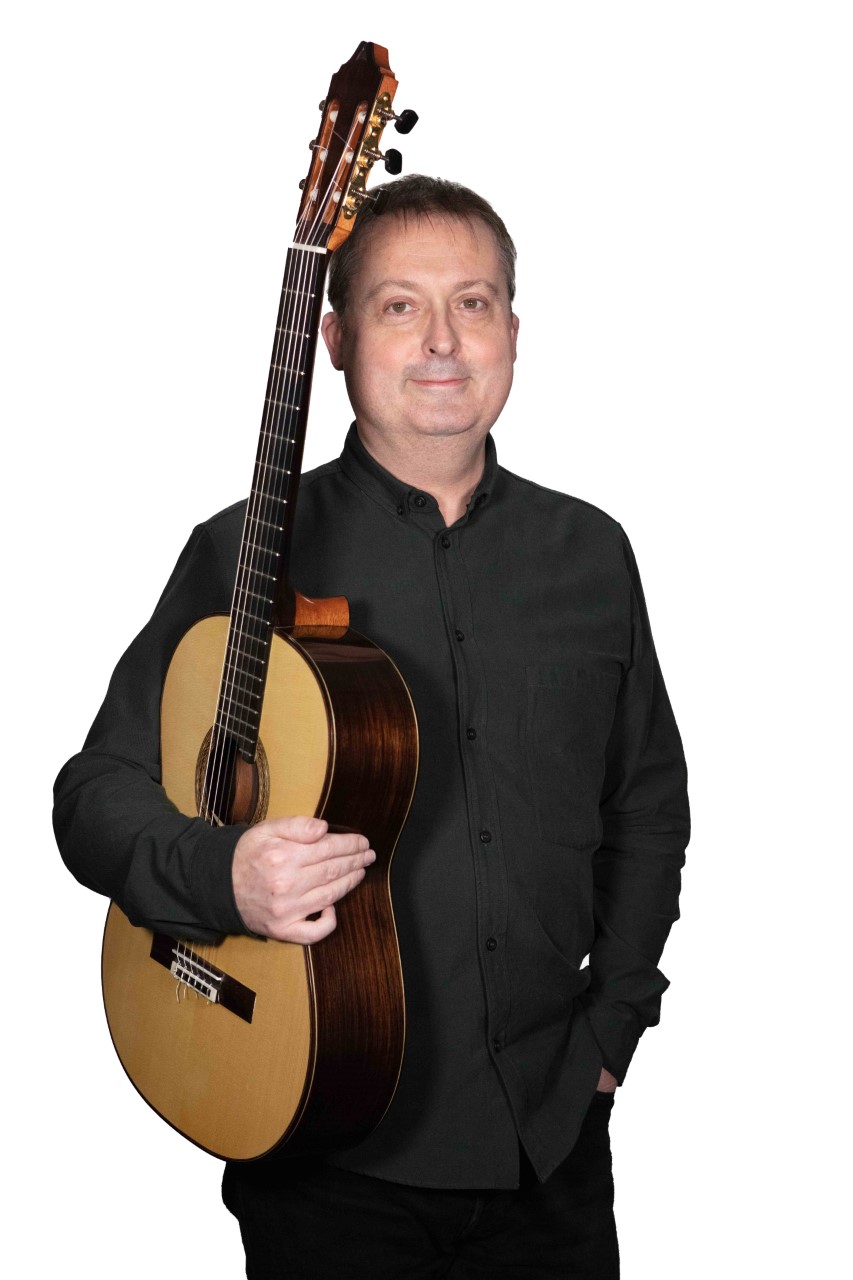 Allan Neave studied classical guitar at the then RSAMD, RNCM and finally with the Great Spanish master – José Tomas in Alicante. Since this time he has been a regular guest at many of the world’s leading musical festivals including the Edinburgh International, St Magnus, Cheltenham, Lorient, Iserlohn International Guitar Festivals, as well as performances at Tartan Week, New York in 2012. He is a regular guest at many of the worlds leading musical events and has worked with many influential musicians including Nikita Koshkin, David Fennessy, Hans Werner Henze, Gordon McPherson and Stephen Dodgson.

To date, his career has been an eclectic one, from recordings to international tours. Past highlights have included many performances of Rodrigo’s Concierto de Aranjuez with some of the UK’s leading ensembles – Royal Scottish National Orchestra/ Northern Sinfonia/ Scottish Chamber Orchestra.

During his 30 year career, Allan was the Artistic Director of the Dundee International Guitar Festival for over 20 years and since 2010 has led RCS’s ‘ Big Guitar Weekend’ a winter event for all matters guitar!  In 2000, he received the Scotland on Sunday Glenfiddich ® Spirit of Scotland Award for Music; these awards were set up to recognise individuals who lead the way in Scottish culture. He was also awarded his Professorship from the Royal Conservatoire of Scotland for  contribution to the musical landscape of our country.

Allan is currently Head of Guitar and Harp at RCS, he plays Michael Gee guitars and is a D’Addario, New York sponsored artist. 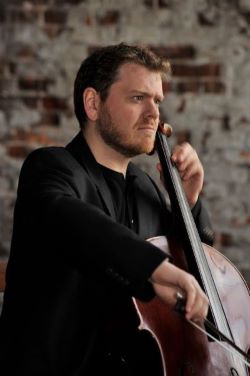 Martin Storey has performed in many countries around the world as a soloist and chamber musician and has served as principal cellist with many British orchestras including the Philharmonia, Royal Philharmonic Orchestra, London Symphony Orchestra, Orchestra of the Royal Opera House and Scottish Chamber Orchestra. For eight years he held the position of Principal Cellist with the BBC Scottish Symphony Orchestra and in 2019 he was appointed principal cellist of Scottish Opera.

Martin was a founding member of the highly successful Gould Piano Trio which won three international chamber music competitions. During his fourteen years with the trio he toured to many countries playing in major concert halls, radio broadcasts and music festivals including the BBC Proms Chamber Series.

Martin has broadcast chamber music many times on BBC Radio both in live concerts and studio recordings. He has recorded several CDs of chamber music for various labels and his recording of the Brahms cello sonatas was released on the Oxford Classics label. He has given masterclasses all over the world.

From 2001 Martin lived in Kansas City, Missouri in the U.S. where he had an active career as a soloist and member of several chamber ensembles and was the cello professor at Park University in Parkville, Missouri. In 2010 Martin moved to Glasgow to take up the position of Principal Cellist with the BBC SSO. 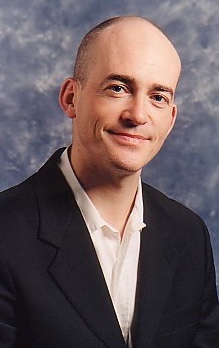 Nicholas Ashton was educated at Chetham’s School, the Royal Northern College of Music, the University of Edinburgh and on postgraduate scholarships at the Conservatoire Supérieur de Musique Geneva and the Hochschule für Musik und Darstellende Kunst, Frankfurt-am-Main.

Following a debut at the 1980 Manchester International Festival in the city’s Free Trade Hall, Nicholas performed extensively as a soloist during his undergraduate and postgraduate studies.

Nicholas has performed frequently throughout the UK and in Germany, performing over 80 separate solo and chamber programmes for the Hamburg Chamber Arts Association, of which he was Artistic Director in 2002 and 2003. Nicholas also worked extensively with the Edinburgh Quartet, performing most of the major works in the piano quintet medium.

A première recording of the complete works for solo piano and the piano quintet by the distinguished Scottish composer Robert Crawford, with whom Nicholas worked very closely on the project, was released on the widely respected Delphian Records label in February 2008. This recording attracted very high praise in the media, including International Record Review, The Scotsman, The Herald, Musical Opinion and The Gramophone.

From 1991-2020, Nicholas combined his performance activity with a full-time academic career, as Senior Lecturer at Edinburgh Napier University, directing the performance-based elements of the BMus programme.

Nicholas is currently a Principal Study Tutor at the Royal Conservatoire of Scotland and the RCS Junior Conservatoire, and he also teaches students at the University of Edinburgh. He is a Senior Fellow of the Higher Education Academy/Advance HE (2018). 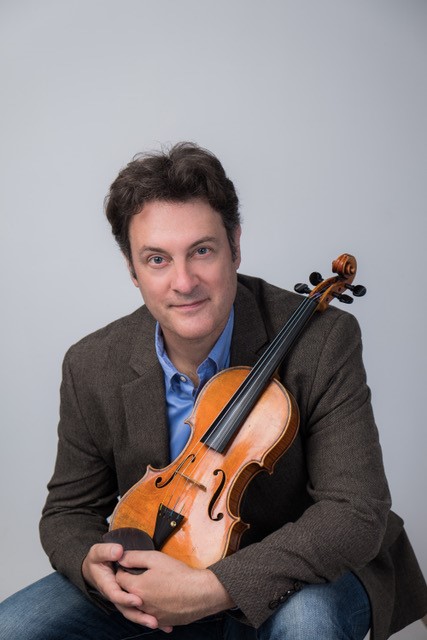 HECTOR SCOTT: violin/viola, born in Edinburgh, is Associate Head of Strings at the Royal Conservatoire of Scotland having previously been Head of Strings at Marlborough College, Wiltshire and George Watson’s College, Edinburgh. He won all the string prizes at the RSAMD in Glasgow before going to Switzerland on a Caird Travelling Scholarship to study with Max Rostal and then to the New England Conservatory, Boston, USA, where he won the Concerto Club of Boston Prize, the Margaret Spanel Prize and led the NEC Honors Quartet. He has performed at Music Clubs and concert venues throughout Scotland and has been a frequent guest on Television and BBC Radio as a soloist and as leader of the Saltire string quartet. Hector also serves on the Music Advisory Committee for the Sir James Caird Travelling Scholarships Trust. He recently gave the world premiere of Janet Beat’s violin concerto ‘Spring in Alba’ with the Glasgow Barons.

Recordings are: “GOMA”; “Working Through”; “Donkey’s Ears”; “Breath of June”; “Under the Hammer”; and “Sound Asleep” for Adults, Seniors and Babies, of which “Sound Asleep for Babies” won the Classical Music Magazine’s Record of the Year award in 1993.

After graduating from the Rostov State Rachmaninov Conservatoire, Lev Atlas joined the Rostov String Quartet, is currently Principal Viola of the Scottish Opera Orchestra and lecturer in Strings at the Royal Conservatoire of Scotland. A virtuoso Klezmer and Eastern European music performer, he is a living encyclopaedia of hundreds of traditional tunes and has influenced many musicians across Europe.

In 2013 completed his PhD and was awarded a title of Doctor in Music and Philosophy by the University of Saint Andrews and the Royal Conservatoire of Scotland for his research, titled “In the Shadow of Shostakovich”.

Lev has developed a distinguished career in the World and Klezmer musical genres as a member of World Music group Koshka, which he founded in 1998 along with violinist and composer Oleg Ponomarev and Scottish Jazz guitarist Nigel Clark. Koshka has headlined various major Folk, World and Jazz festivals around the globe from Celtic Connections in Glasgow and Lake Piedmont Festival in Vermont to accepting invitations to play with orchestras such as the Nordic Chamber Orchestra in Sweden. Koshka’s unique fusion of self-composed material blends Gypsy, Jazz and Klezmer genres, played with the technical nous that can only be achieved through classical training, which has influenced a number performers on this scene.

Born in Hampshire, Peter studied the double bass first with Barry Glynn, and then at the Royal College of Music with Michael Brittain. Upon leaving College in 1990 he joined the orchestra of Welsh National Opera, and in 2009 became a member of the Orchestra of Opera North, before being appointed section principal double bass in the Orchestra of Scottish Opera in 2012.

In 2001 Peter formed a small chamber orchestra, the Vale of Glamorgan Ensemble, made up mainly from ex colleagues at WNO. The Ensemble performs regularly in Wales, has given two world premieres and has featured on the Welsh channel S4C.

Each year, Cantilena auditions and invites a number of Cantilena Scholars from the Royal Conservatoire of Scotland to Islay for a unique experience. These young professionals rehearse and perform with us to the highest of standards, but well away from the hustle and bustle of their studies in Glasgow, and where they can learn and share the passion for music in a more serene atmosphere.

These young musicians do not receive a fee, but Cantilena provides their accommodation, travel & subsistence. Hence we are indebted to our sponsors who assist us immensely in giving these students a very special course, one where they learn how to rehearse, how to play different styles of music, and how the dedication to hard work results in shared enjoyment of the music with a highly appreciative audience, some who will be familiar with the music, and some who will be hearing it for the first, but hopefully not the last, time.

Keep up to date with the latest news on our 2022 festival.