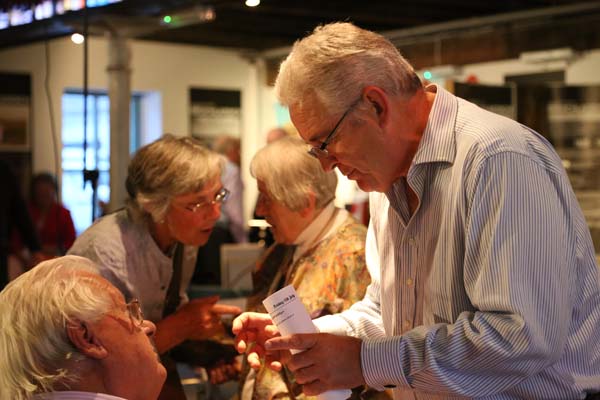 Cantilena was formed in 1970 by the late Adrian Shepherd, who was the then Principal Cellist in the Scottish National Orchestra.

Adrian drew colleagues from the orchestra to perform chamber music; music which as orchestral players in a large symphony orchestra they wouldn’t normally get the chance to play. Cantilena was no casual excursion however – Adrian worked his ensemble hard, and it paid off, with a popular series of lunchtime concerts which ran for several years, along with critically acclaimed recordings.

The name Cantilena was well known on the Scottish musical calendar, with a reputation of playing Baroque music in a very distinctive full-on style - a style that achieved near-cult status.

Inevitably however these talented players were lured away from Glasgow to London, and Cantilena took a back seat. Adrian, who by the turn of the century was living and teaching in Sussex, visited Islay with Angus Ramsay and Scott Mitchell, our Artistic Directors, and found support for a week of music from the Islanders, principally Capt. Tom Friedrich, who gave Cantilena the use of Islay House for concerts & accommodation. The first Festival was a success, and has now become a regular event on Islay.

Sadly, Adrian died in 2013, but his spirit and verve live on in the continuation of that same style and interpretation of music. Cantilena doesn’t just play Baroque music, however – it’s at the heart of what we play, but Romantic & modern composers get a look in too. And throughout the years our philosophy has remained the same: to bring chamber music to the people of Islay, and to bring with us young professionals who get a unique chance to play as professionals away from exams & teachers, and as equals in our ensemble.

Cantilena Festival on Islay Ltd is a Registered Scottish Charity No. SCO 33071

Keep up to date with the latest news on our 2022 festival.